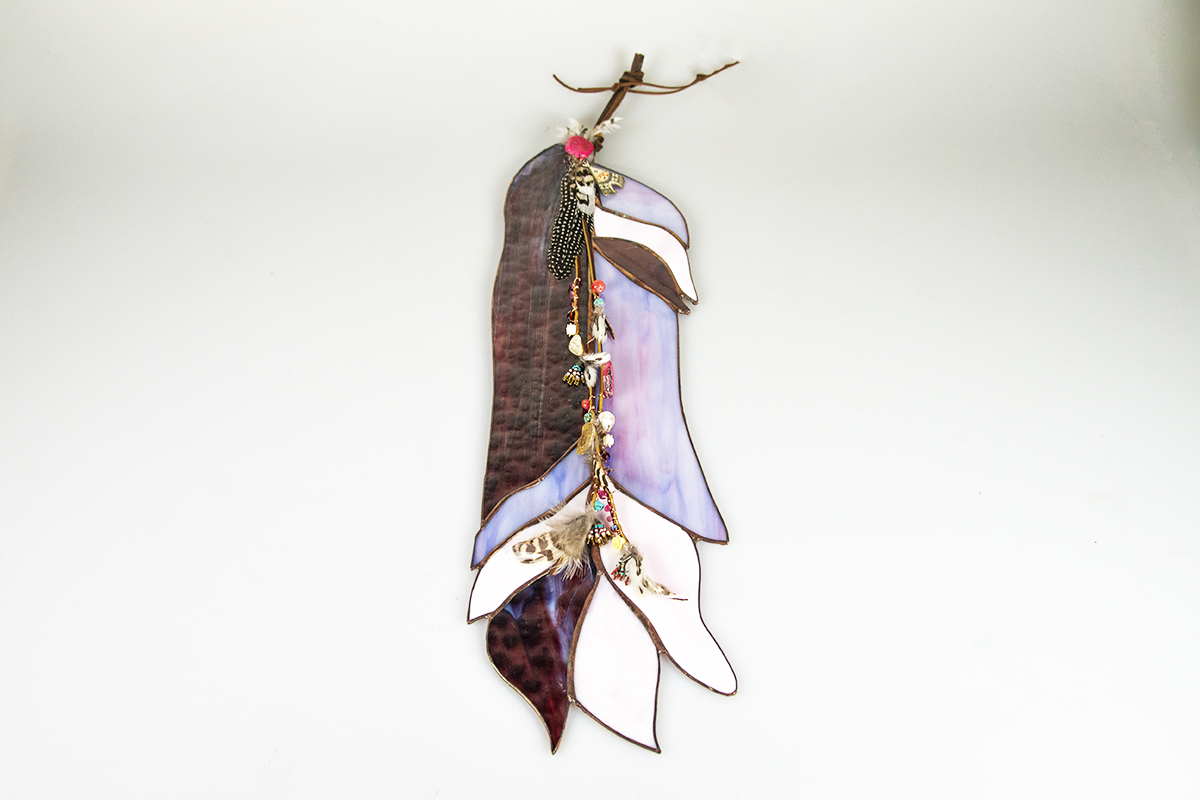 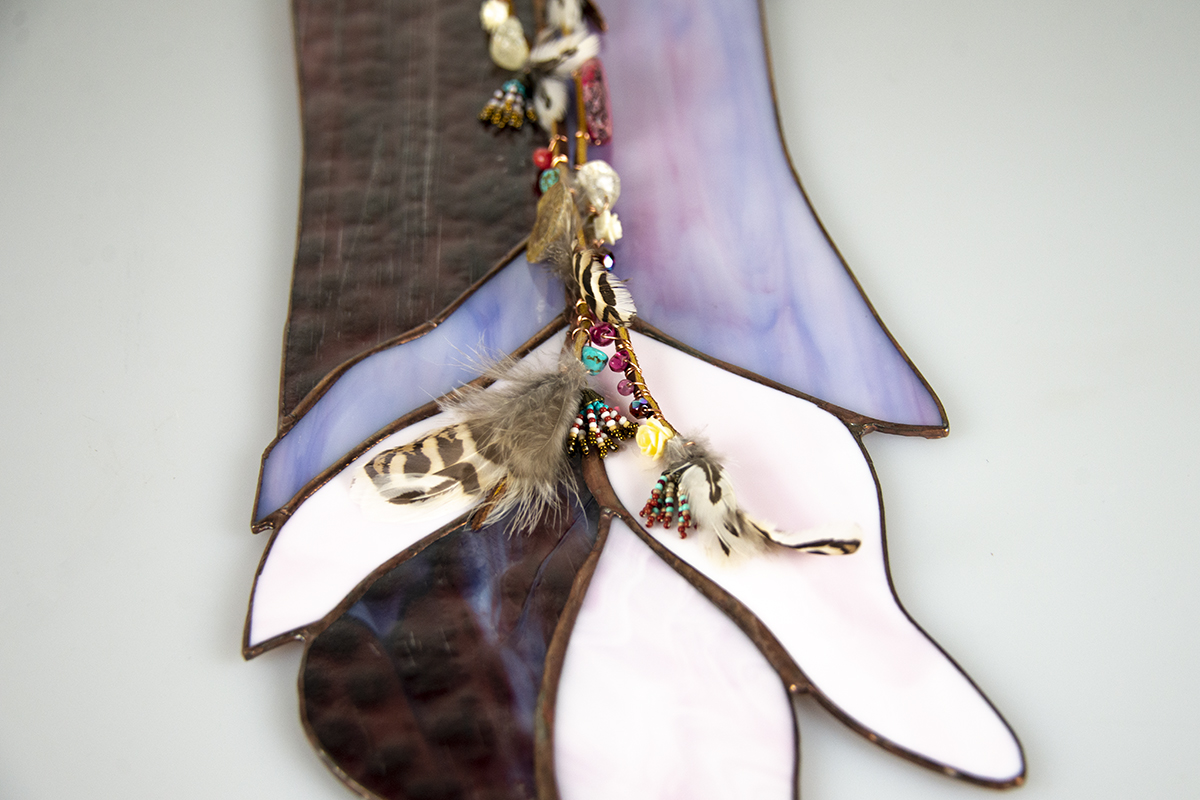 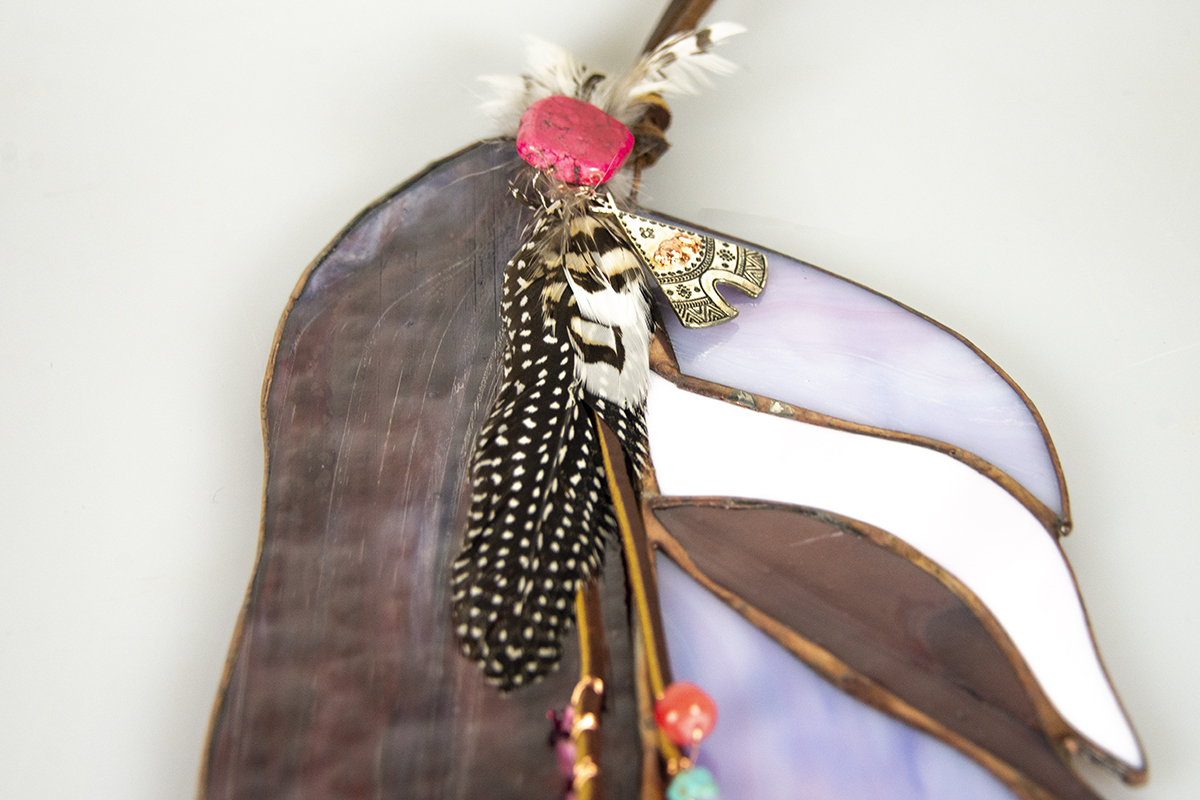 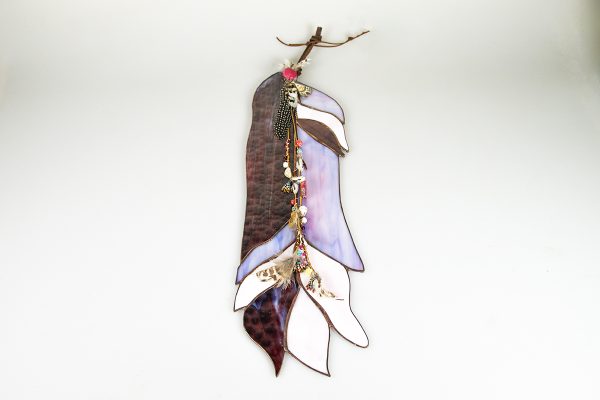 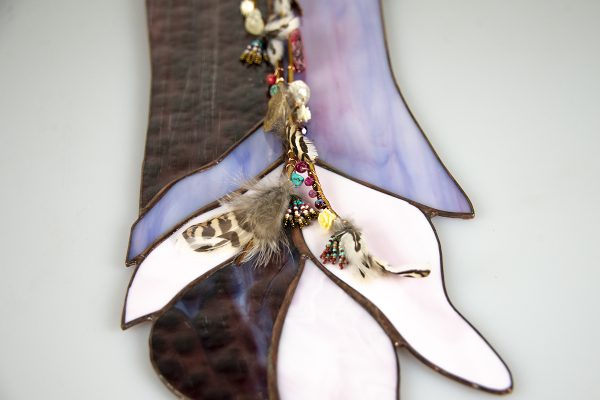 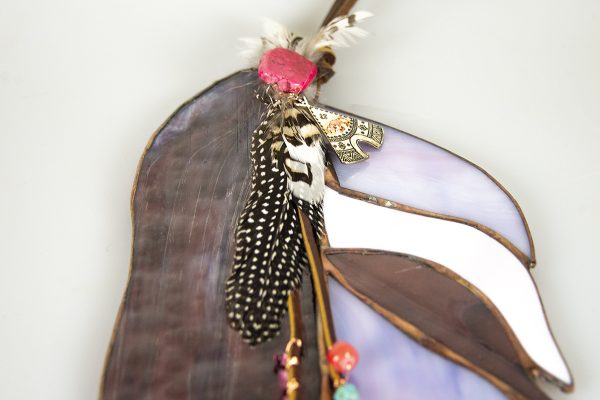 Stained glass feather for the wall or window. 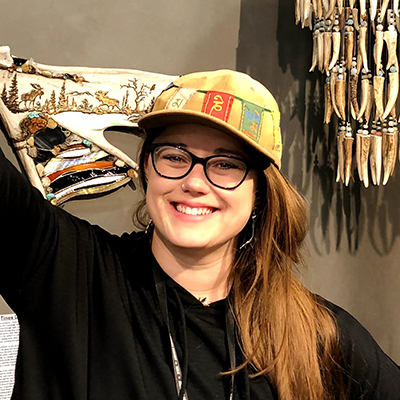 Ashley Delonas is an Idaho based artist with a talent for creating mountain-luxury, sculptural-lighting using naturally found materials from her western landscape. Every year, Ashley and her family trek countless miles to collect the abandoned crowns of elk, moose, deer, and to unearth precious gemstones, crystals, and ancient fossils to integrate into her work.

Ashley’s signature style creates a visual tapestry, weaving together geometric panes of colorful stained glass, bonded and fused together, with elements from the earth that bring visions of western wildlife into the form of ornate chandeliers.

Ashley Delonas’s work was recently showcased at the 30th Annual Western Design Exhibition & Sale located in Jackson Hole, Wyoming where she received an award for honorable mention in her category. Prior to this event, Ashley’s growing career has led her artwork to be featured in Mountain Living, Jackson Hole Scout Guide, Shoutout Arizona, East Idaho Business Journal, and as a guest speaker on the Smart Art Business podcast. In September 2021, Ashley was also featured in “Bugle” magazine, sharing her story of how being a female bow hunter has tremendously influenced her artwork.

In July of 2019, Ashley was featured on Idaho Public Broadcasting System in a series titled Outdoor Idaho.  This television program featured Ashley in an episode called “Crafting a Living.” Where they document her process of finding and transforming moose, elk, and deer sheds into magnificent pieces of art. Ashley has also been featured in the Idaho State Journal by showcasing her success in forging a career in art and how her success as an artist is mirrored in her tenacity as she has overcome the challenges of being one of a handful of women to summit all of Idaho’s 9 tallest peaks.

As an avid outdoor enthusiast, Ashley’s passion for climbing tall peaks and shed hunting are always reflected in her work; where bone became her canvas and glass, nature, and light became her medium. 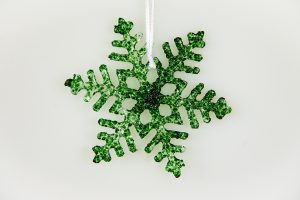 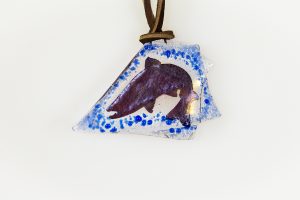 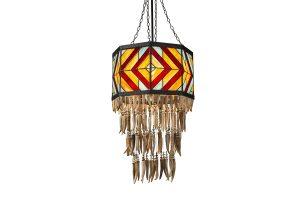 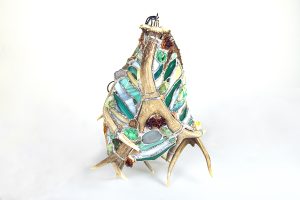 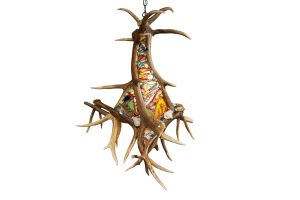 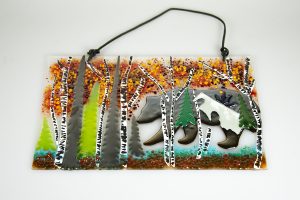 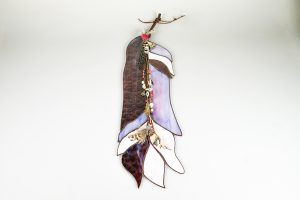 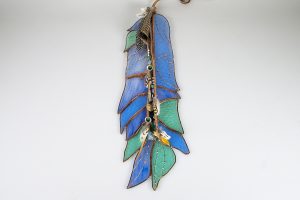 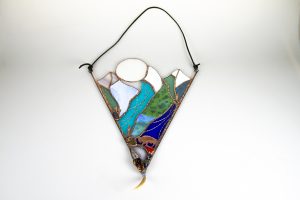