A lifelong outdoors woman and former competitive equestrian, Jenny Booth grew up in Pennsylvania and headed west at a young age to work on ranches. Having lived in several mountain states, she now lives and works in Burlington, Wyoming. Jenny started experimenting with her art in 1985. Her first works were belt buckles and bolo ties from elk antler ‘burls’ (the wide piece at the base of an antler). She progressed to increasingly difficult and ambitious projects, culminating in such recent works as an elk antler candelabra hand carved entirely in a classic Sheridan style leatherwork pattern. She draws inspiration from animals and nature, but also from leather artists; in another candelabra project, for instance, she inlaid tooled leather into elk antlers. These pieces are technically demanding, physically grueling, and incredibly time-consuming. Rather that repeating ideas, Jenny loves developing a concept over a long period of time then executing it with precision and grace, honoring the materials she collects from the mountains that inspire her. 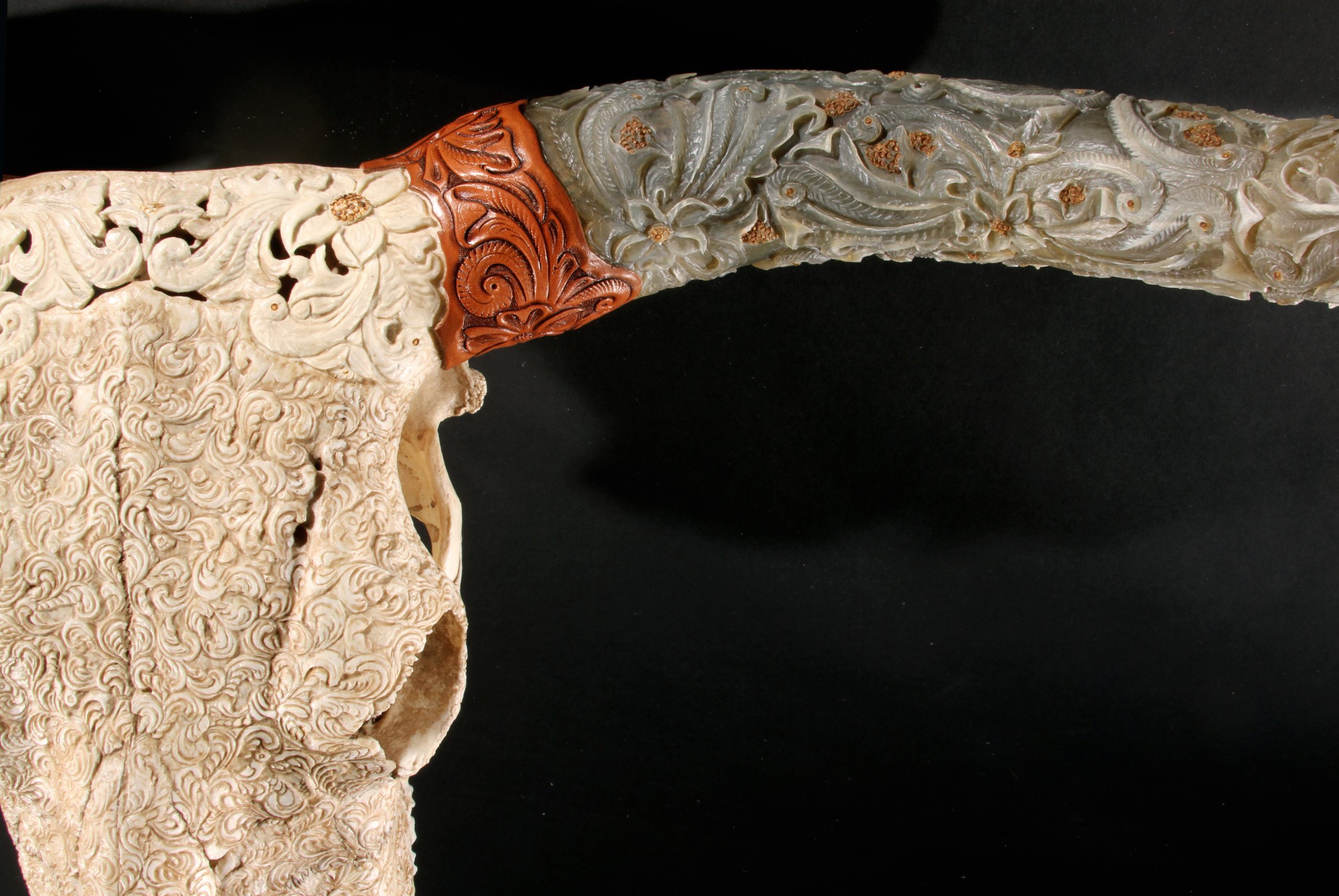